Gemini Man is a 2019 American action thriller movie directed by Ang Lee and written by David Benioff, Billy Ray, and Darren Lemke. Starring Will Smith, Mary Elizabeth Winstead, Clive Owen, and Benedict Wong, the film follows a hitman who is targeted by a younger clone of himself while on the run from the government. 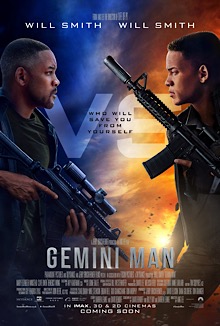 An over-the-hill hitman faces off against a younger clone of himself.

To learn more HTML/CSS, check out these tutorials!